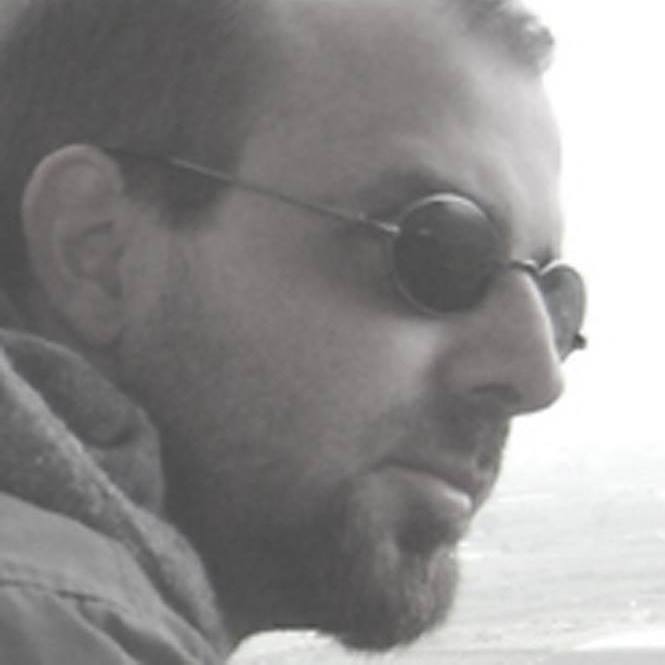 To date he has had 10 solo shows and participated in 24 group exhibitions in Romania, Italy, Switzerland, Great Britain and the USA.

And, from 2022, he is one of the artists that Kulterra represents!

Mihai Ungureanu loves the figurative, even if he is not limited to it. In a certain sense we can say that one of the main characters created by the artist, the famous “baby”, is a hero placed in a series of sequences, like in an open-ended comic, whose narrative is in full swing. The different poses (which sometimes give him a name of circumstance) do not alter his unique, unmistakable identity, on the contrary, they emphasize it. We could even suspect that it is an alter ego of the artist, considering that in “Gemini III” the association between the “character” and the artist becomes evident by the application of the author’s “logo” on the “body” of the character, constituted here by a wooden box.

The “baby” was born already mature in 2002, when we see (or sense) him as an almost classical ceramic bust, a child’s face already marked by the passage of time. He reappears in 2007, taking a swing fixed to a door frame (“Leagăn”, 2007). He becomes a “Mime” in 2012, while in 2013, his porcelain face half emerged from the glass gloss (“In water”, 2013). Also in 2013, he will suggest Icarus, in a pose without head, arms and legs, a bust with tiny wings, of a Renaissance Cupid, wearing on his chest the unmistakable sign of Superman (“recycled” pose, reinterpreted in the two-dimensional version of 2018 , also called “Icarus”). It is not the only work “translated” in 2D after the three-dimensional version: for example “Pixelat” (from 2015, in glass and ceramic) will know this process in the work “Pixels” (from 2018, footprint and brass). In 2016, the character will inflate a ceramic balloon (“The Thinker”), will have a “Color Dream”, asleep on a “bale” made of colored plastic straws or will approach the famous jumping position of Spiderman (“Flight”). We have already seen that 2018 is a year of reinterpretation of previous works: after Icarus and Pixels, the work “Bula” will reconsider “The Thinker”. “Blur” remains perhaps the only work specific to 2018, an autonomous concept, without referring to the character’s past.

Finally, in 2021, the “Baby’s” career will know an indisputable peak: he will pose as “Cupid”, he will look at the sky through a magnifying glass that will transform him into a cyclops (“Magnifier”), he will float hanging from a balloon made of wooden boards (“Balloon”), he will blow into a dandelion made of nails (“Dandelion”), he will feel the sour taste of lemon (“Taste of lemon”), but also the sweet one of lollipop (“Colored Taste”), will kiss the goldfish (in “Goldfish”), will come out of a job (“Magic Job”) and will “clone” himself in the series of three works entitled “Gemini I”, “Gemini II” and “Gemini III”.

Fully represented, or only as a bust, or pixelated or blurred, sitting, sleeping, rocking, flying or experiencing sensations, “The Baby” is the defining work of MihU and runs through his entire activity as an artist, even then when his concerns go in other directions. Preoccupations that seem like intermezzos, personal detachments of the artist from his own work-obsession.

But even there we will observe themes that cross time, mature and find a destiny. “Orchestra”, a sketch drawn in 2004, will materialize in a slightly modified form in the wooden work “Podium” (2007), will mature in “Quintet” (2012, wood and metal) and will fulfill its public vocation in 2015 , where he will publicly “illustrate” the George Enescu International Festival. “Cyrillic chair”, limestone work (2008), permanently installed in Ruse, Bulgaria, will become – in another pose, “Andejilț” (andesite), at the Florean Museum, Baia Mare.

“Knot” in 2013 cancels the possibility of cutting the Gordian Knot by protecting it with a glass cube, as will “Salut” in 2016, where two porcelain gloves will never meet through the transparent walls that separate them. “Sotron” (2016) shows us how, drawn vertically, the hopscotch (re)becomes a human silhouette, a “crucifixion” – if we may, the ceramic hand installed on the left side, as if taken to an invisible heart, emphasizing the anthropomorphism.

If 2018 seemed like a year of “reinterpretations” of older works, then another character appears, as lonely as he is powerful, a robotic Pinocchio (“PIN Code: ochh10”). The year 2019 will be a year of leave for “Baby”, but another character, anonymous, mature, reduced to his own head will dominate the artist’s interests, becoming a support for emotions and meditation: “Target”, “Cubic, Aggressive”, “Green” “, “Sleep” are resin and wood works that will constitute the mini-series of this star for a year. “Mouse” (2018), “Magicianul” (2019) and “Clown” (2021) come to complete and nuance the universe of MihU’s work.

Mihai Ungureanu seems willing to use any material he likes: porcelain, plastic, metal, glass, ceramic, resin, wood, polystyrene, andrasite, rope, limestone, composite marble, liquid stone, etc. they are all within his reach, even if he prefers some. The combinations are often counter-intuitive, producing almost unbelievable but effective tensions and connections, the contrast between hard and malleable, between matte and transparent, between fragile and resistant being resolved in a manner so natural that it might seem self-evident , including at the level of color combinations.

There would be much more to say about MihU’s works. Maybe I’ve already said too much. We stop here with the hope that we have piqued your curiosity. Coming to Kulterra Gallery (but also to Kulterra Store) you will discover in “Baby” (the nickname given by us!) the clues of the next episode.