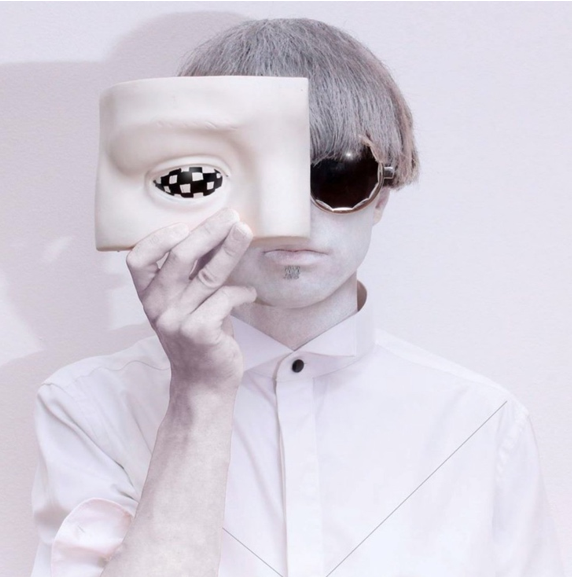 Obie Platon (Mihai Platon) born in 1987, is primarily known as a muralist and “street artist”. And that, in Romania, doesn’t mean much. For many it means something little or even bad, considering the reputation and status of street art. By definition invasive, unexpected and not without narcissism, street art means unilateral appropriation of a surface (regardless of whether we are talking about metro or tram cars, about fences and walls of private houses or public institutions) by the artist most often anonymously or hidden under a pseudonym.

But this type of art also has a rebound effect: in turn, the street confiscates the artist, assimilates him, reclaims him, imposing a rhythm, a set of techniques, a discourse. From the moment the artist has illegally “contaminated” a surface (because he does it outside of any prior convention or contract), that surface will in turn leave its “mark” on the artist and on his way of operating and creating. And, most importantly, it will not remain true to him in any way, the murals made illegally are not protected in any way, on the contrary, they will always be under the risk of being covered by other works, by other artists or even removed by the authorities or by the owners.

Obie Platon is one of those artists who tried to escape from this circularity. And he succeeded with brio. Not only did he refuse that fame which only the mystery of anonymity can offer, not only did he start to make murals in a relationship of mutual agreement with the authorities or with the owners, but stylistically, he began to treat surfaces as canvases. Thus, somehow strangely, the underground artist, the once nocturnal “vandal”, has become a diurnal artist, taking ownership of his own art, visible and declared. But also declaratory! Because his works, no matter how much they came to light, in their content remained “nocturnal” and subversive, illegal and full of frond. They irritated the Church, and the Chinese authorities, they delighted some communities and irritated others.

Obie Platon resorts to iconic visual landmarks, destructures an imaginary and reforms it in his own way, showing what “remained” of what “was” and, above all, “how it remained”. Ironic, critical, even ruthless, with references from pop or classical culture, open to everything new, but with an undisguised respect for a past that lies at the foundations of the present, he only settles în a specific scheme to exhaust its limits.

Extremely visual, even overwhelmingly visual, Obie Platon is, in essence, an iconoclast! The symbols and religious, political, Masonic figures, ideology, etc. are presented explicitly in his works, only for them to be laid bare and deconstructed. Debunked. So it was on the walls, so it is on the canvases he seems to treat like walls: a conspiracist who uncovers conspiracies!