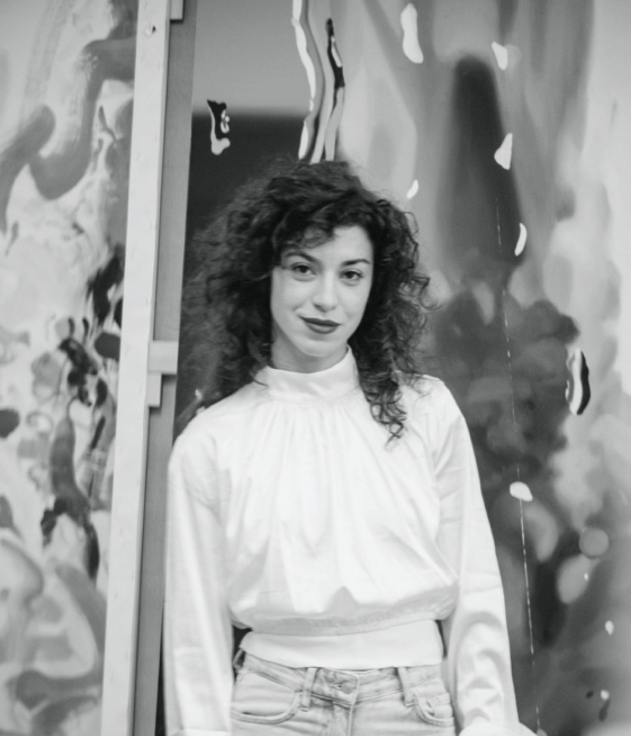 In her paintings the exact, realistic shapes and lines are “boycotted” even by a great inclination to detail: by windows damp from raindrops, painted by Teona Toderel, reality “softens”, loses its clarity to gain in mystery, it loses its strength only to become more interesting. Details are still there, only they took refuge (and reflected, even deformed) in huge splashes, magnifying glasses through which we look “out”, but a look enriched even by the game of reflections.

Developing an extended series of cityscapes imagery captured through a window, while traveling by car, on a different continent, like Asia, has been the focus of her latest work. The rain can be seen as a critical filter as well as a symbolism of purity or “purifying” the sometimes-aggressive space modified by commercialization. Teona is interested in the feeling that a painting can give and invites to meditation, calmness, which are sometimes the result of turmoil, like the calm “after” the storm. Contradictory natural events like rain from a cloudless sky on a summer day. A feeling of peace. At a neurological level though the mind needs perspective, space, not clutter. Teona chose water because it is the primordial element of life on Earth and as a symbolism it means purity, cleaning, washing and energizing. Teona likes the visual contrasts between the fluid transparency but also toughness of water and the sharp edges of the urban.